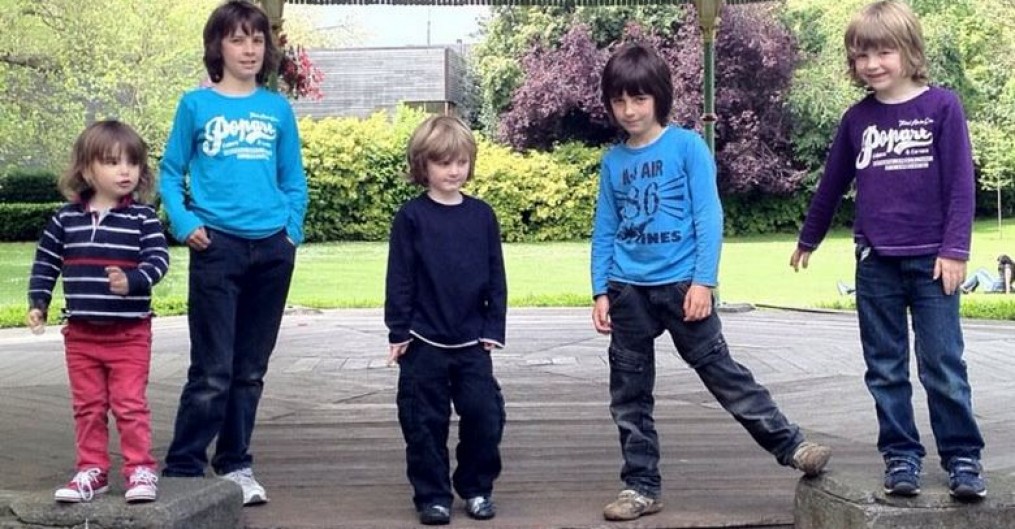 It’s the week of parent-teacher meetings and marque 4’s learning support teacher also needs to meet me. We’ve been writing to one another to come up with a suitable time. She is, she says, really looking forward to meeting me. We settle on 8.40am as I drop the five to school. She has an 8.55 group. We cannot be late.

I get up at 6.00 to ensure punctuality and it all goes swimmingly until marque 3 bangs into marque 2 spilling his drink all down his uniform. There’s a domino effect. They all tip off one another cascading down with an inverse rise in volume coming from, well, me.

It is raining, of course, so the traffic is backed up and we have to abandon the car and walk/run while I rant about turning up for my meeting as a late drowned rat.

I would’ve liked to pass off the impression of calm mother of five, unperturbed by marque 4’s late out of the blocks reading. Instead I am the harried, wet, nose dripping, breathless mother she probably expects to see. I am offered, and accept, a soothing cup of tea.

Down to business. I do not wince when she uses the word ‘alarmed’ at the level of reading. I do not baulk at the suggestion that he has skipped a developmental stage, much like a dog who needs to be retrained. Although perhaps I should. It’s true that his reading hasn’t kicked in like the others. Nor did his speech. And his left handed writing isn’t so neat. But he hasn’t missed a trick. I do not flinch when she says that in her opinion there is a misfire in his brain. That his brain sees a word and he calls something out before his eyes have a chance to read it. Ah god, I think to myself smiling. He’s trying so hard. His brain too quick for his eyes.

I am clearly not getting it. She moves on to forecast mode. If we don’t crack this there is doom ahead. ‘You don’t want to be getting a call when he’s in third class saying there’s something seriously wrong here.’
No, I concede. That would not be ideal. ‘And there could be self esteem issues down the road because, as you know, reading is the basis of everything, even maths…’ I’m beginning to feel like a child myself at this point. Or a recalcitrant teenager. Someone who seems to be being told off but doesn’t know why. Maybe I should let her know that I zoned in on the sociology of education for my Masters degree. Which was pretty helpful when I was doing my PhD. That might cheer things up a bit.

‘Could he be dyslexic?’ I ask instead. ‘As the others have no difficulties and there’s dyslexia in the family…’ There’s surprise in the room. He could be, yes, but the exercises they’re doing are for dyslexics anyway and he’s too young at 7 to know so …

The baulk, the wince and the flinch do come though.
‘He had the best response I’ve ever heard’ she says. ‘I had him here by himself and I was going on about his reading, this, that and the other and when I’d finished he looked up at me and said “but I’m still a lovely person” and my heart was on the floor …’
That’s it, I reach for her tissues, dab unashamedly at my stinging eyes, shuddering at the idea of him and what he must’ve been feeling about his floundering reading for him to speak out like that.

The tone shifts to solution focused mode. We are to be ‘success engineers’, her and me together. She writes her mobile phone number down for me to call at any time with any concerns. ‘God bless’ she says as I leave, you poor stressed out wretch writ large on her face. I smile. ‘Out of the mouths of babes’ I say in my head.